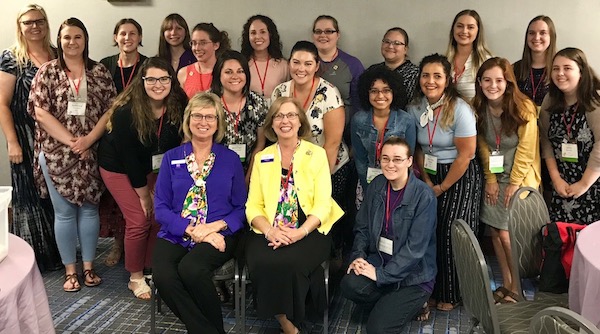 Each zone is encouraged to send one or more Young Woman Representative(s) (YWR) to the convention. A YWR is any mature young woman who is preferably between the ages of 22 and 35 and a member of an LCMS congregation. The Zone YWR program will begin at 10 a.m. on Thursday, June 16, and conclude at the end of the convention on Saturday at noon. There will be opportunities for service, Bible study, fellowship, and training.

A Zone YWR will need to register for the convention and order the Friday boxed lunch (cost should be covered by the zone). The Zone YWR is expected to sit with her zone president and delegation during the convention on Friday and Saturday.

What does the committee do?

The Committee on Young Women was established to help encourage and organize the young women of the LWML. The committee establishes and reviews guidelines and forms for the Young Woman Representative (YWR) program in accordance with directions from LWML and LWML Texas District. Contact committee chairman Amanda Hankemeier by clicking here or at youngwomanrep@lwmltxdist.org

The Committee on Young Women's mission is to educate and inspire young women to strengthen their relationship with their Savior Jesus Christ. It is our hope to establish a positive, joyful, and insightful convention experience for the Zone Young Woman Representatives (ZYWR). As the ZYWRs return to their zones, we hope they feel equipped to encourage and recruit other young women from their zone to join LWML.

Don’t let anyone look down on you because you are young, but set an example for the believers in speech, in life in love, in faith and in purity (1 Timothy 4:12).

Zone YWR forms are due March 1, 2022 to committee chairman Amanda Hankemeier at youngwomanrep@lwmltxdist.org. They must be signed by the nominee, her pastor, her group president and her zone president. 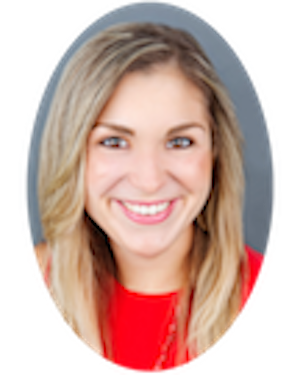 Ashley Figur was born in Oklahoma and raised in Austin and Smithville. After graduating from UT Austin in 2006, she worked in the legal field for eight years and met the love of her life, Rommel. They married in 2012 and will be celebrating nine years of marriage this fall. They are blessed with two beautiful daughters, Isabella (6.5 years old) and Lia (2.5 years old). Becoming a mom has been one of the biggest joys for Ashley and the main reason she changed careers paths almost five years ago to become a realtor, allowing her to spend as much time as she can with her girls. Ashley loves Jesus, spending time with friends and family, reading, running, being outdoors, coffee, and cooking.

Ashley and her family are members of Redeemer Lutheran Church, Austin, but she was first introduced to LWML in 2016 while attending Bethany Lutheran.  At her father-in-law’s and Bethany’s LWML President Beverly Michalk’s encouragement, Ashley joined LWML and served as Capitol Zone YWR for almost four years. Through her involvement in LWML and serving as ZYWR she has learned so much about leadership and a servant’s heart from attending the LWML Convention, as well as the treasured and insightful fellowship from the women she has met. LMWL has also inspired and supported Ashley in her passionate advocacy and volunteer work with the non-profit organization, The Refuge for DMST. The Refuge’s mission is to provide long-term healing and restoration for child survivors of sex trafficking. She is so grateful for LWML and the impact it has made in her life, as well as the mission work they so lovingly support. Ashley states, “It is such an honor and blessing to serve as one of your District Young Woman Representatives. Thank you!” 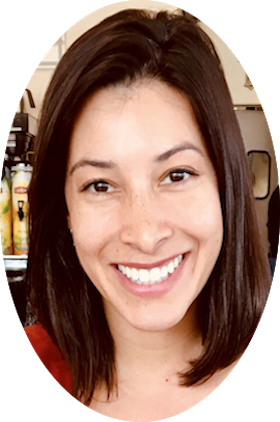 Jessica Loc was born and raised in Albuquerque, New Mexico, at a non-denominational, mission-focused church. Although not raised Lutheran, she and her husband found refreshingly sound doctrine, the Word rightly preached, and the Sacraments rightly administered at a solid confessional LCMS church in Albuquerque circa 2012 — Grace Lutheran Church. Jessica graduated from Baylor University in 2008 and works for the U.S. Army Corps of Engineers. She now resides in DFW where she is a member of Faith Lutheran Church in Plano, Texas. She joined LWML in 2018, volunteered as Dal-North Zone YWR last year, and serves on the Financial Growth Board at Faith. She is most excited for this year’s LWML Convention in Lexington, Kentucky, and looks forward to meeting Amanda Hankemeier and Ashley Figur in-person.

Zone Presidents need to send the information about the Zone YWR to the Committee on Young Women Chairman: March 1, even-numbered years.

All information on nominees for District YWR is sent to Committee on Young Women Chairman: September 1, even-numbered years.

The Executive Committee will select DYWR(s) and alternates to represent Texas at the LWML convention: September, even-numbered years.

This page was last updated February 21, 2022. For questions or comments on this site, email communication@lwmltxdist.org.